Making parts for a future cityscape in his  shop

Henry Deposit was born in Everett Washington in 1947.  He juggled a job as Executive Housekeeper while studying at the University of Washington from 1965 to 1987, when he got a BFA in Sculpture. Henry lives and works in Seattle Washington. Now retired, he continues to make sculptures in his basement shop.

Starting with "Lions and tigers" in 1989 he produced a large body of work in the 1990's and beyond, relieving the stress of his job with long hours making art in his shop. Nearly all were from recycled Douglas fir. Don't be fooled; the mechanical parts in these dark and forbidding vehicles are made of wood.

Through the years Henry has exhibited in group shows in Washington, Oregon, New Jersey and recently Los Angeles, California.  His piece "Movable feast"was accepted into the Bumbershoot Biennial exhibit "Consumables" at The Seattle Center in 2004.

Henry had a solo exhibit "War Against Planet Earth" at The Center for Urban Ecology near the University of  Washington in 1994,1995 and1996. In 1999 he had an exhibit "Toys and Trees" at Robey-Mildred Gallery in Seattle, and from 2007 to 2013 had rotating displays at Scooter Gallery and Snowgoose Gallery in Seattle.

"Cry from the woods" is the title of the Seattle Times Article from December 19,1996 written by Robin Updike.  She came to interview Henry in his shop after he won the 1996 Betty Bowen Award grand prize given annually through the Seattle Art Museum. 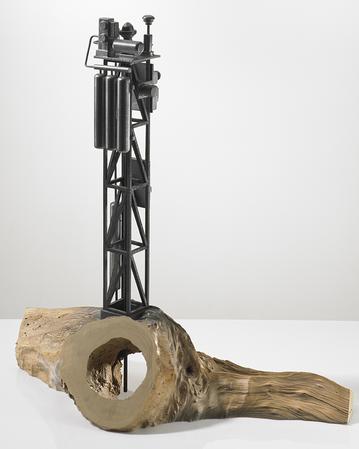 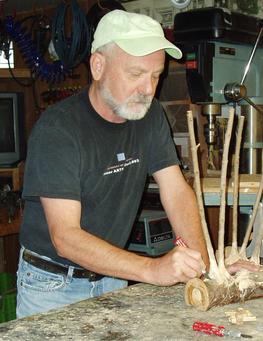 This piece was purchased by the Museum and displayed in an Exhibit "The Paving of   Paradise" for six months from 1998 to 1999. 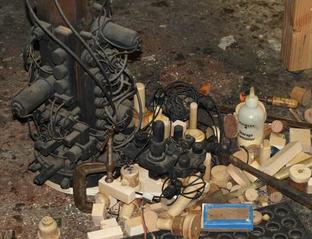 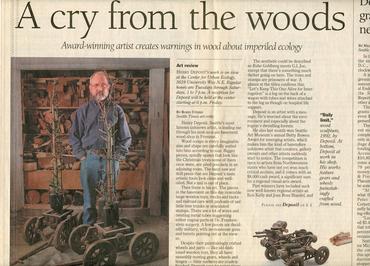 A piece being put together

Is this Henry's shop? find out

What Happens to old used wood 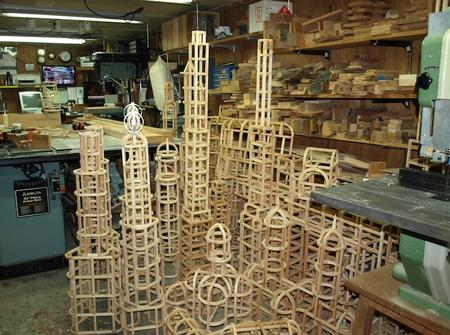 Composition in black and white 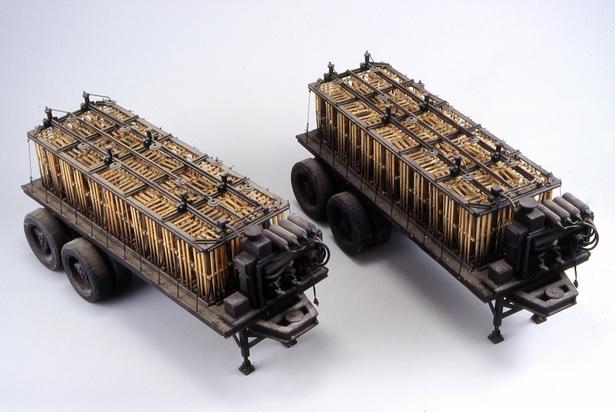 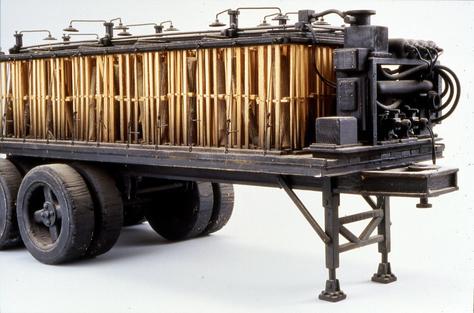 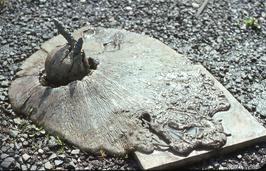 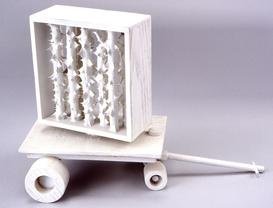 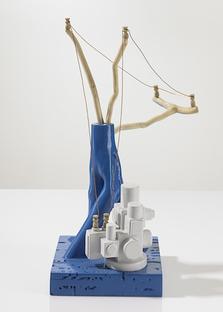 Henry in his shop 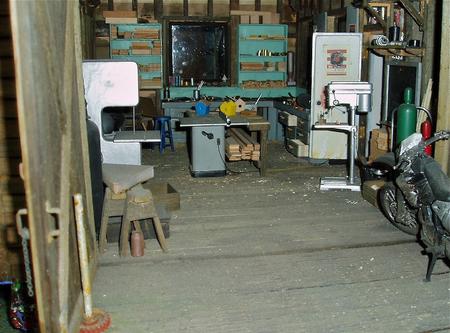 The Start of a Body of Work 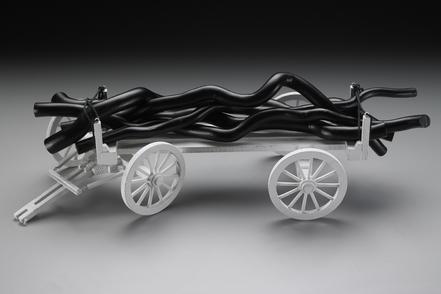